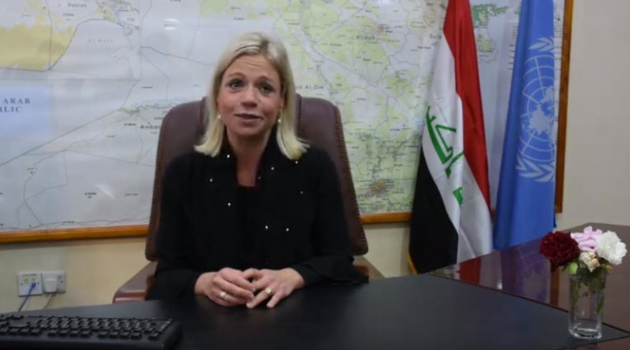 By Editor on 20th January 2020 in Politics, Security

With public demonstrations across many parts of Iraq in their fourth month, the Special Representative of the United Nations Secretary-General for Iraq, Jeanine Hennis-Plasschaert, is urging a renewed push for reform and expressing concern about ongoing human rights violations.

She emphasizes the importance of pressing ahead to meet the needs of the Iraqi people: building resilience at the state and societal level is challenging but essential work.

“In recent months, hundreds of thousands of Iraqis from all walks of life have taken to the streets to voice their hopes for better times, free from corruption, partisan interests and foreign interference. The killing and injury of peaceful protesters, combined with long years of undelivered promises, have resulted in a major crisis of confidence.”

Two months after the Prime Minister announced his resignation, political leaders remain unable to agree on the way forward. While there was public acknowledgement by all actors that urgent reform is needed, it is now high time to put these words into action and to avoid further derailing of these protests by those pursuing their own objectives, not wishing well for this country and its people.

“Any steps taken so far to address the people’s concerns will remain hollow, if they are not completed. Domestic unity, cohesion and determination are urgently necessary to build resilience against narrow partisan interests, foreign interference and/or criminal elements which actively seek to hinder Iraq’s stability.”

The recent escalation in regional tensions has understandably taken much attention away from urgent unfinished domestic business. However, geopolitical developments must not eclipse the rightful demands of the Iraqi people. This will only further fuel public anger and distrust.

The Special Representative urges the Iraqi authorities to do everything to protect peaceful demonstrators. “Violent suppression of peaceful protesters is intolerable and must be avoided at all costs. Nothing is more damaging than a climate of fear. Accountability and justice for victims is critical to building trust, legitimacy and resilience.”

She calls on protesters to remain peaceful, avoiding counterproductive violence and destruction of property.