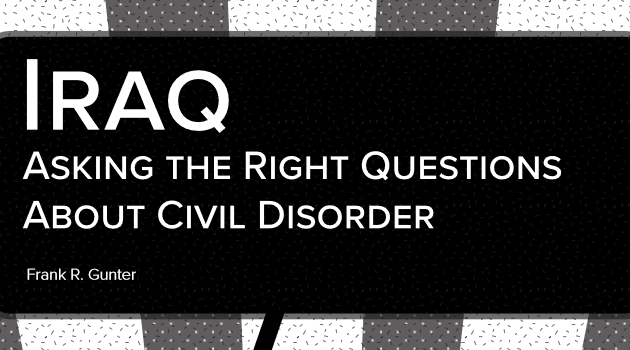 By Editor on 1st February 2020 in Politics, Security

By Professor Frank R. Gunter, for the Foreign Policy Research Institute (FPRI). Any opinions expressed here are those of the author and do not necessarily reflect the views of Iraq Business News.

Professor Gunter, a Senior Fellow in the FPRI's Program on the Middle East, is a Professor of Economics at Lehigh University, and a member of the IBBC Advisory Council.

Since October 1 of last year, over 600 Iraqis have been killed and thousands injured in protests throughout the country. The accompanying political and social chaos has strengthened efforts by other nations to interfere in Iraq with deadly effects.

What caused this sudden surge of violence? There are a wide range of political, economic, and social problems in Iraq, such as corruption, lack of public services, and mass unemployment.

But most observers focus on disputes among the Iraqi leaders or among various ethnic or religious groups as the causes of current civil disorder in Iraq.