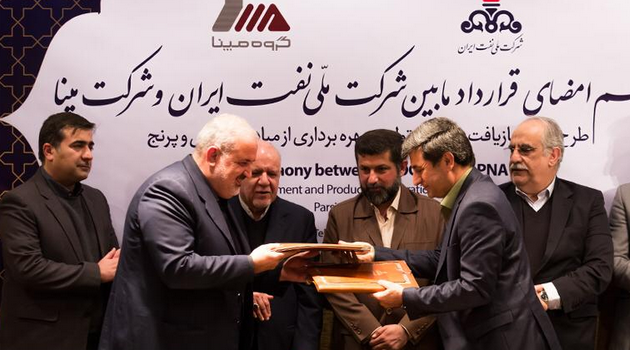 The National Iranian Oil Company (NIOC) has agreed a $1.4-billion deal to develop two oilfields in Khuzestan, near the border with Iraq.

The National Iranian South Oil Company (NISOC) and Iran's MAPNA Group signed a ten-year contract within the IPC framework, to improve the recovery rate, increase production and exploitation of the Parsi and Paranj fields.

According to the NIOC, the deal aims to achieve a maximum production of 85000 barrels of oil per day and an additional cumulative production of about 121 million barrels, with an estimated direct capital cost of $ 876.6 million and an indirect cost of $ 235.3 million. Also the cost of exploitation is estimated at $ 269 million.

Implementing this plan while increasing the crude oil production capacity of the country, will create widespread employment opportunities in Khuzestan province and also a favorable job market.