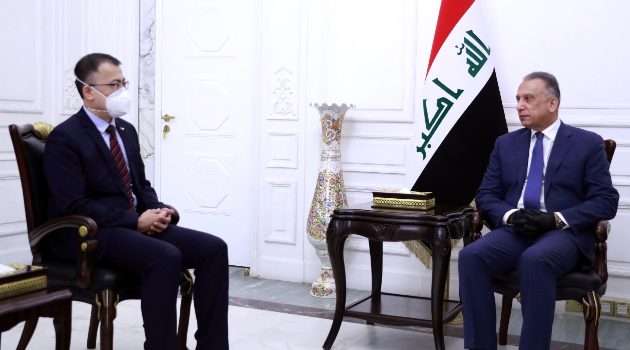 By Editor on 26th May 2020 in Investment, Politics

Ambassador Zhang Tao underscored China support to Iraq in the international affairs, in strengthening its sovereignty and territory unity, also in counter-terrorism, and invited His Excellency the Premier Al-Kadhimi to Visit Beijing.

From his side; the Premier AL-Kadhimi thanked the Chinese Ambassador on the congratulation, confirmed that Iraq appreciated China support in combating coronavirus pandemic, and expressed his aspiration for strengthening the economic bilateral relationship to address the current crisis which resulted from the Oil prices decline, also strengthening Chinese investment companies in Iraq in the field of energy, and in the agriculture to develop fertile lands that non-cultivated
Media Office of the Prime Minister.