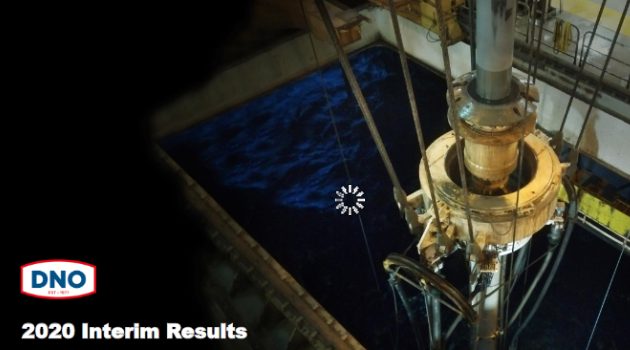 DNO ASA, the Norwegian oil and gas operator, today reported interim 2020 revenues of USD 615 million, down a third from a year earlier in the wake of weak oil prices triggered by the pandemic and global economic contraction.

For the full year, DNO reported a net loss of USD 286 million driven by the lower revenues and pre-tax asset impairments of USD 276 million, most of which were reported in the third quarter.

With solid cash flow from operations of USD 236 million and North Sea tax refunds of another USD 236 million, DNO exited 2020 with a cash balance of USD 477 million, essentially unchanged from the start of the year, following repayment of USD 161 million in bond debt.

The Company drilled six exploration wells last year leading to three likely commercial discoveries, including Røver Nord and Bergknapp in Norway and Zartik in Kurdistan's Baeshiqa license. The discoveries will be considered for fast-track development and tie-in to existing offshore or onshore infrastructure.

The total 2021 well count, including development wells, will increase to 27 from 17 last year.

Temporary Norwegian petroleum tax incentives are driving other stepped-up investments. The Company is proceeding to concept selection for the operated Brasse field, accelerating infill drilling at Ula, Tambar and Brage fields in 2021 and evaluating the Iris/Hades, Røver Nord, Alve Gjøk, Orion/Syrah and Trym South discoveries for project sanction in 2022.

The Company achieved a net 2P reserve replacement ratio of 64 percent in 2020, notwithstanding limited activity, ending the year with 332 million barrels of oil equivalent (mmboe) of proven and probable reserves, down 13 mmboe from yearend 2019, according to preliminary figures.