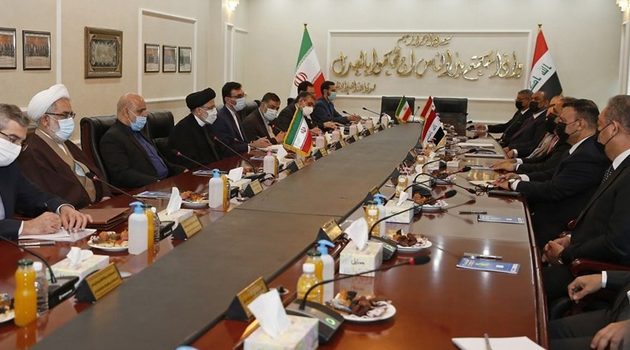 By Editor on 17th February 2021 in Iraq Industry & Trade News

An agreement signed during the Iranian Judiciary chief's recent visit to Iraq entails setting up specialized courts with jurisdiction over economic and trade disputes involving the nationals of the two countries, an official said.

He said a memorandum of understanding signed during the trip stresses the need for programs to inform the nationals and business people of the two countries about the trade regulations in order to prevent legal cases from turning into judicial files.

Under the MoU, Iran and Iraq have agreed to form specialized courts in the capitals and in border provinces to work on the economic and trade issues, Baqeri Kani noted, adding that the new decision would have positive impacts on the work of economic activists.

Following the top Iranian judge's visit, Iraq made arrangements to reopen several border crossings for the shipment of Iranian commodities by land freight.

Iran and Iraq have set a target to increase the value of annual bilateral trade exchanges to $20 billion.

In a meeting with Iraqi Foreign Minister Fuad Hussein in Tehran earlier this month, Iranian President Hassan Rouhani expressed Tehran's support for participation of Iraq in regional interaction, describing the Arab neighbor as a heavyweight of political and security arrangements in the region.