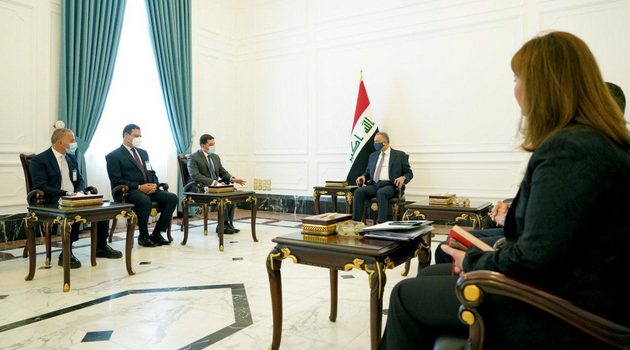 Prime Minister Mustafa Al-Kadhimi has received a delegation from the Egyptian General Authority for Investment and Free Zones, headed by Counselor Mohamed Abdel-Wahab.

The Prime Minister stressed the importance of cooperation and economic ties between Iraq and Egypt, and expedited the completion of the integrated industrial zone that was agreed to be established in Iraq in cooperation with the Egyptian side.

The meeting also discussed facilitating the entry of Egyptian companies into the Iraqi market.