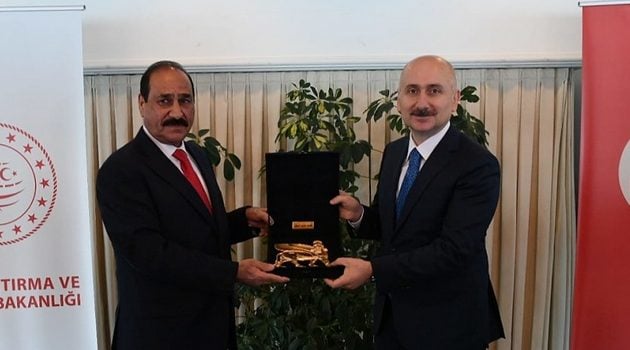 By Editor on 1st March 2021 in Construction & Engineering In Iraq, Iraq Transportation News

Iraqi Transport Minister, Nasser Hussain Bandar Al-Shibli, has said that Iraq and Turkey will prioritise the opening of a new border crossing and rail link between the two countries.

The statement follows a meeting on Thursday with Turkey's Minister for Transport and Infrastructure, Adil Karaismailoğlu.

He said both parties have "defined practical measures for the implementation of the project", which is planned to have a positive impact on the region in general.