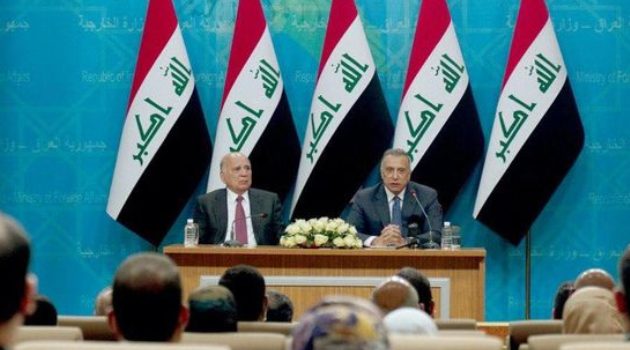 Prime Minister Mustafa al-Kadhimi has spoken of creating a "New Mashreq", to harness the broad common interests between Iraq, Jordan and Egypt in order to create a prosperous economic zone that will benefit all countries in the region and in which Iraq would play a major role.

Addressing staff at the headquarters of the Foreign Ministry in Baghdad, the Prime Minister said that, "Iraq also has multifaceted relations with the Kingdom of Saudi Arabia and with all other Gulf countries, and that the Iraqi government is proceeding with several investment projects with these countries in various sectors including agriculture, industry and energy."

He also pointed out that Iraq concluded a rail link agreement with Iran, which will connect Iraq with northern China and create new economic opportunities.

The Prime Minister added that Iraq must continue with this approach, face internal and external crises, and work to resolve them through multi-track diplomacy that responds to the developments of the new world.

"We have a comprehensive vision for resolving conflicts and building peace, and we call on internal and external parties to play it, and to move together towards achieving a comprehensive and lasting peace" concluded Prime Minister Al-Kadhimi.