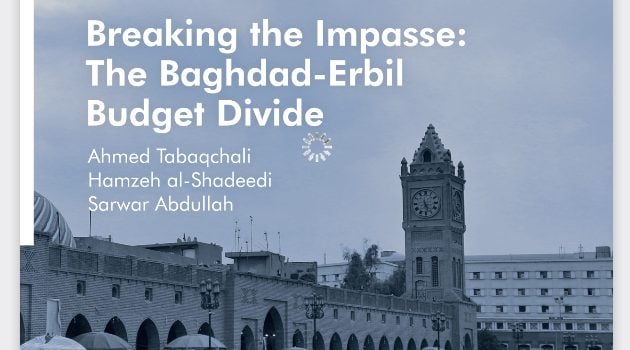 By Editor on 10th May 2021 in Investment, Iraq Industry & Trade News, Politics

By Ahmed Tabaqchali, Hamzeh al-Shadeedi and Sarwar Abdullah, for the Institute of Regional and International Studies (IRIS) at the American University of Iraq, Sulaimani (AUIS). The opinions expressed are those of the author(s), and do not necessarily reflect the views of Iraq Business News.

The annual debate over the Kurdistan Regional Government (KRG)'s share of the federal budget in return for its contribution in oil exports has been a source of continued conflict and strife between the KRG and the Government of Iraq (GoI), poisoning the relationship between the two sides to the detriment of both. The 2021 federal budget law passed by Parliament at the end of March 2021 featured a compromise agreement between the GoI and the KRG on the budget.

The promising potential of this compromise could settle long-standing contentious issues between the two sides over the development of the country's oil and gas sector, which are rooted in divergent visions of the nature of the Iraqi federation. However, this resultant pact, its potential promising aspects not-withstanding, was struck for political expediency and as such it sacrificed clarity for compromise. The compromise sidestepped the crucial task of addressing core constitutional considerations, and thus ultimately risks a repeat of past failures.

Accordingly, Part I outlines the core issues behind the GoI-KRG reoccurring conflict over the budget and natural resources. It examines Iraq's constitutional language relating to oil and gas, which contributed to the divergent paths taken to develop natural resources based on differing views of federalism; the evolution of the KRI's oil production and exports since 2003; and the KRG's budgets. These sections form the backdrop for a discussion of the current 2021 GoI-KRG budget deal.