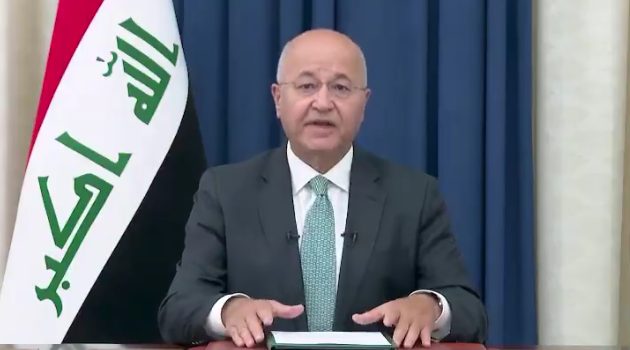 Iraqi President Barham Salih [Saleh] has claimed that an estimated $150 billion has been smuggled out of Iraq since 2003.

In a televised address, he said that this was from a total of close to $1 trillion in oil revenues.

"As I introduce a draft law to parliament to recover Iraqi funds lost to corruption and to hold corrupt figures accountable, I reiterate our call for the formation of an international coalition to combat corruption,a root cause of terrorism and scourge of Iraq's political economy."

One Response to Iraqi President: $150bn Smuggled from Iraq since 2003