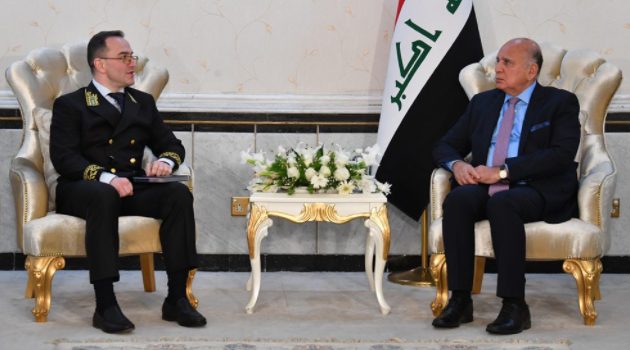 By Editor on 29th May 2021 in Iraq Industry & Trade News, Politics, Security

On 25 May 2021, Foreign Minister, H.E. Mr. Fuad Hussein received a copy of the credentials of H.E. Mr. Elbrus Kutrashev, the Ambassador Plenipotentiary of the Russian Federation to Baghdad.

The two sides held talks on ways to improve bilateral relations between the two countries, and the importance of enhancing cooperation opportunities at various levels to meet the aspirations of the two peoples.

Ambassador Kutrashev has previously worked at the Central Office of the Russian Ministry of Foreign Affairs, and in Russian diplomatic missions in Iraq and Syria.