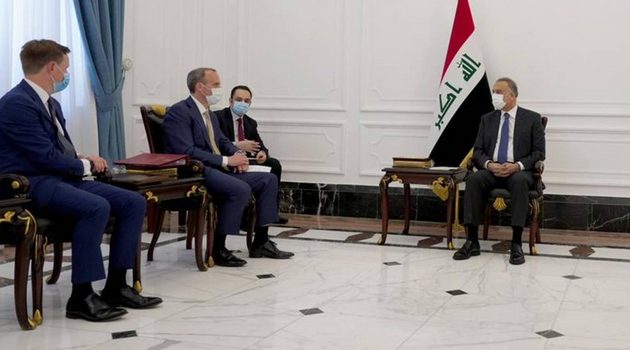 Foreign Secretary Raab reaffirmed the UK's commitment to Iraq through signing the UK and Iraq's Strategic Partnership. He met commanders from the Global Coalition against Daesh in which the UK is a leading member and from NATO.

In addition, he discussed the UK's £17m contribution to battle Covid-19 in Iraq and UK support for Iraq's ambitious and much-needed economic reform plans, building the UK's launch of the inaugural Iraq Economic Contact Group on 21 October.

"The UK will continue to stand shoulder-to-shoulder with the Government of Iraq as it works to rebuild from Daesh, make progress on reform, and deliver a more peaceful and hopeful future for its citizens. I am pleased we were able to sign the UK-Iraq strategic partnership today to further deepen and strengthen our friendship.

"The UK will provide £1 million of UK aid to the UN Assistance Mission for Iraq ahead of the upcoming elections to help ensure a free and fair process for the Iraqi people."