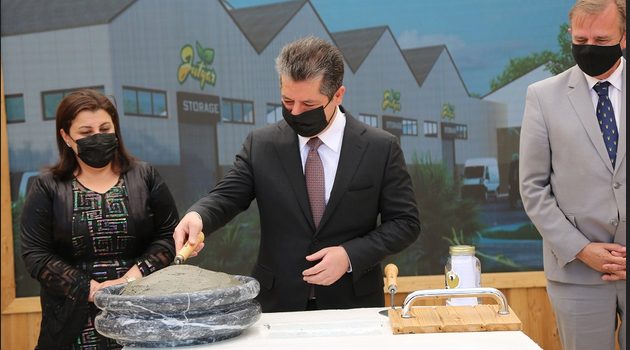 KRG Prime Minister Masrour Barzani has laid the foundation stone of a potato production factory in Duhok, which is set to provide 500 jobs and make use of local potatoes.

In his speech at the ceremony the PM said:

"This is a great support for our people to rely on themselves, so that we will no longer have to import products from other countries ... We want Kurdistan to be known for the quality of its products."

A statement from the KRG said the project is being carried out by the Like Nest Company, with the help of Kurdish and Dutch investors, and will process 100,000 tons annually following its completion.

According to Kurdistan24, the project is worth 5.8 million Euros, with half of the funding from the Dutch Foreign Ministry and half from a local Kurdish company, Kurdistan Holland Company.

The Prime Minister also expressed his gratitude to the government of the Netherlands for their investment and cooperation in the Kurdistan Region's agriculture sector.