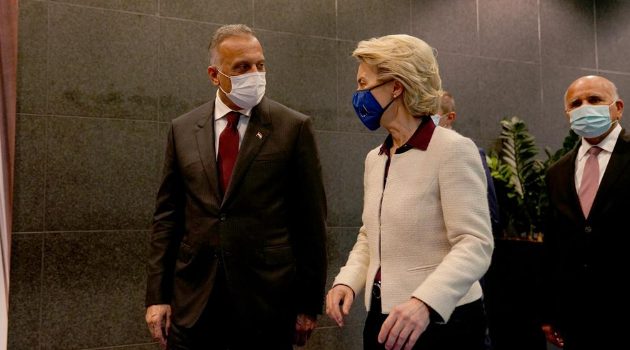 At a meeting in Brussels on Wednesday, Iraqi Prime Minister Mustafa Al-Kadhimi  asked the President of the European Commission, Ursula von der Leyen, to remove Iraq from its list of countries considered to have a high risk of money laundering.

Earlier this year, the United Kingdom removed Iraq from its list of high-risk third countries for the purposes of money laundering legislation.

According to a statement from the Prime Minister's office, Ms. von der Leyen praised the economic reforms pursued by the Iraqi government, and said the Commission supports Iraq's White Paper and anti-corruption mechanisms.