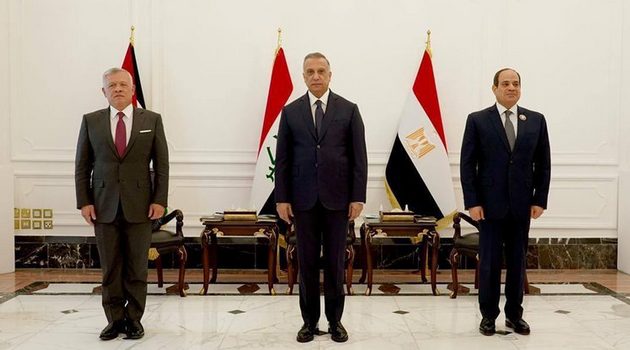 By Katherine Harvey and Bruce Riedel, for The Brookings Institution. The opinions expressed are those of the author, and do not necessarily reflect the views of Iraq Business News.

Egypt, Iraq, and Jordan: A new partnership 30 years in the making?

In April, the news that Iraq was mediating between longtime rivals Saudi Arabia and Iran captivated Middle East watchers.

Iraq's new role as a Saudi-Iran intermediary comes as the Saudis have taken concrete steps in recent years to build a meaningful relationship with their northern neighbor, such as reopening their border last November for the first time since 1990.

Yet while the new Saudi-Iraq relationship is indeed noteworthy, Iraq has simultaneously been forging a regional partnership with two other Arab states: Egypt and Jordan. Indeed, Baghdad hosted a summit in late June attended by Egyptian President Abdel-Fattah el-Sissi and King Abdullah II of Jordan.

It was the fourth time leaders of the three countries have met together since March 2019, and the first time on Iraqi soil. It was also the first visit by an Egyptian president to Iraq in more than 30 years.