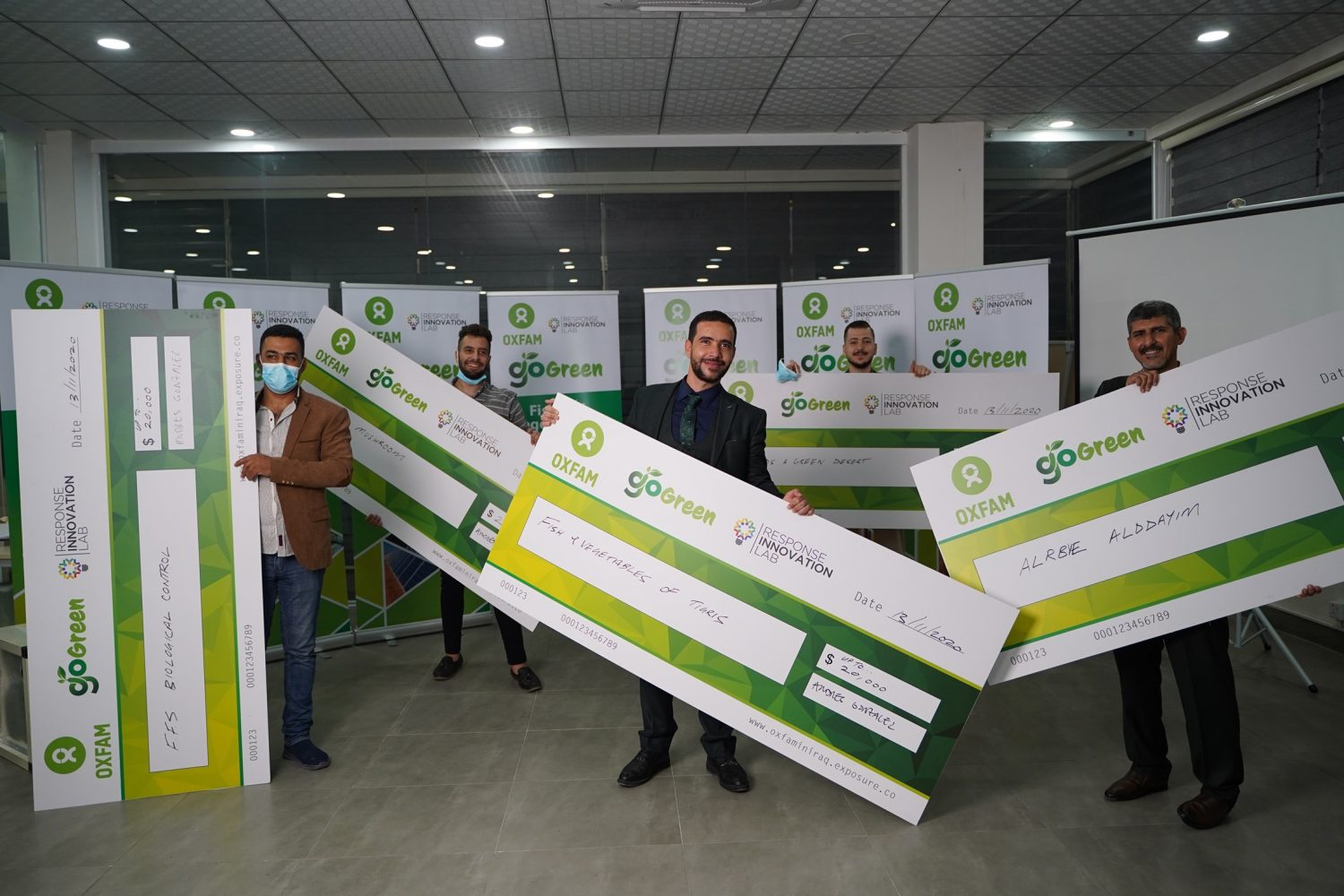 These 5 projects were all incubated for 10 months and received trainings on Business Models, Business Plans, Budgeting alongside technical training. The incubation started with 60 applications received online.

The second phase included training on Business plan training so that each project would create a one-year business plan for their newly established enterprise. All 5 rewarded projects generated their business plans at the end of this phase.

Currently, we are in the third phase of the incubator which includes asset acquisition and grant distribution to the funded projects. A fourth phase is yet to come which will include further training to help transform these innovative products into established enterprises with their own brands, systems, and integration with the local supply chain.

The agribusiness incubator was launched as a response to the many challenges that the agriculture and food sector is facing in Iraq. This incubator aims to reduce the divide between agriculture and innovation and to encourage entrepreneurs alike to venture into the world of agribusiness. With innovation as a tool, established enterprises will be able to tackle issues such as water scarcity, energy deficits, and food security with their innovative products and services. 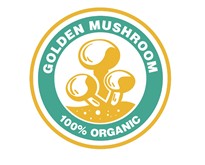 The Golden mushroom farm is an unconventional farm based in Mosul - Iraq that will be using animal and plant waste as the main source of soil to produce and cultivate mushrooms.  The city of Mosul has suffered in many aspects because of the war and ISIS occupation This leads to an increase in prices, lack of quality and lack of diversity in products. Innovators in the city have presented ideas on how to reduce the damages that inflicted the city, and the Golden Mushroom was one of the teams that wanted to present an innovation that would support the city in producing a food source that would be healthy, locally made, organic, and would have a high nutritious value.

Golden Mushroom, currently in phase 3 of the incubation will focus on procuring the needed equipment, asset acquisition, and preparing the first batch of production for distribution.

The expected impact from this project is to establish a farm that not only will provide mushroom for the city of Mosul but to promote for organic and environmentally friendly agricultural practices by avoiding using the chemicals and relying on solar system instead of generators. It will also Improve agriculture supply chain in the city by being the main local supplier of Mushrooms to assist with products diversity and food security of the city instead of importing from other places.

Fish and Vegetables of Tigris

Fish and Vegetables of Tigris is based in Mosul - Iraq. Mosul was a city that thrived on fishing and had a steady production of vegetables. This all changed when ISIS took over the city and when war was launched to remove ISIS from the city. The project is to recycle water, use the fish organic waste as a natural fertilizer that would support the production of vegetables. The innovation is by introducing an integrated fish farming technology. The reason for selecting this technology was because it tackles the issue of food security of the city in more than one way. This solution uses the technology to improve vegetable production and it enables for fish farming to take place.

Some of the impacts that are expected from this project is to reduce water waste and electricity usage by using recycling techniques and soler system. Also, the agriculturally based community in Mosul will become familiar with the integrated fish farm method since this method has never been used in Iraq. The project should have positive impacts on the economical state of people in Mosul because it is going to produce two main food products that local people in Mosul highly depend on.

The project is a farmer school that works on giving guidance training and agricultural consultancies in an innovative way by using organic farming and bio pesticides. And it is based in Diwaniyah -Qadisiya Governorate. Even though Diwaniya is an agricultural city and many of the inhibiters are farmers or involved in farming, there is extremely limited access to training and to new practices in farming. The innovation is by introducing bio pesticide and organic farming to the farmers in the city. This will be in the form of a school that works on providing guidance to the farmers on how to use environmentally friendly practices and how to use innovative agricultural practices that would help them have better production. Integrating practical teaching methods to the farmers.

Some of the impacts that are expected from this project is promoting for organic and environmentally friendly agriculture by using bio pesticides and thus reducing health risk that farmers face due to excessive usage of chemical pesticides side by side increasing the efficiency of farming and agriculture community since farmers will have access to learn, gain and share the knowledge that were lacking.

It Is based in Anbar, western of Iraq. The project will be a barley sprouting farm that works on producing and distributing barley through the governorate of Anbar. The company will aim to produce animal feed in a cost effective around the year process. It employs an agricultural technology that is cost and resource affective to a governorate that struggles with access to electricity and water. The project will also be promoting green, environmentally friendly methods by limiting water consumption and using solar energy. It will be using these techniques to fill the gap of access to animal feed at a reasonable price without having to venture into difficult terrain that have dangerous war residue.

The expected impacts vary from herders being able to herd the cattle safely to reducing water consumption due using water system that reduce watering process, herders will have access to feed the animals healthy green feed that have grown without chemical pesticides and fertilizers thus improving the health situation of the community.

Towards a Green Desert 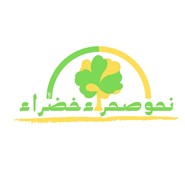 Towards a green desert is a project based in Anbar - Iraq. The governorate of Anbar is one of the biggest lands of Iraq. Even though it is classified as Arid or semi-arid, farms and farmers are located across the governorate different areas. These farms face a challenge with irrigation and watering in general. The project is an automated system for irrigation, this system that controls the irrigation schedule and needs for the farming activities, and particularly where water scarcity is most seeing. The system consists of sensors, control system and mobile application, this system will allow the farmers to control the water for irrigation needs and controlling the entire system remotely.

Some of the impacts of this project include, introducing the concept of IoT into agriculture in the governorate of Anbar, improving the efficiency of farms and reducing production cost by reducing water waste and by monitoring water needs and usage in farms.

The above projects, currently in phase 3 of the incubation will focus on procuring the needed equipment, asset acquisition, and preparing their launch as newly established agribusinesses.