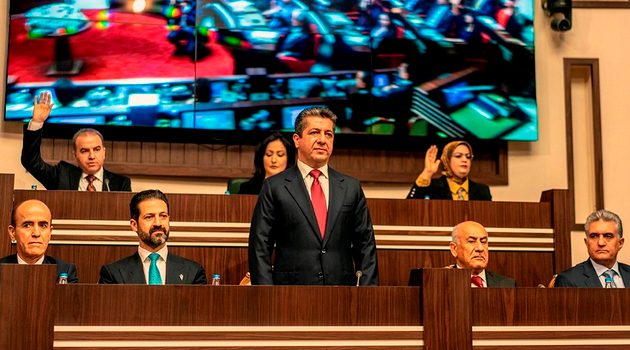 The ninth cabinet of the Kurdistan Regional Government (KRG) started 27 multisectoral projects from March 2020 to June 2021, as it reaches the 2nd anniversary since its foundation.

The KRG invested $332 million on housing projects, developed a $250 million wheat marketing project, distributed $2.56 billion worth of business licenses, and completed the MED Steel factory in Erbil with a budget of $100 million.

Over 400,000 plants were distributed to farmers, and a $10 million food processing plant was constructed in Duhok as part of government efforts to promote local products.

The ninth cabinet commissioned a 100-bed hospital in Shiladze, and allocated $4 million USD to run three blood banks in the region. They further allocated $585,240 for an autism center in Erbil, $2.1 million as a bonus for health workers, and 1.6 billion dinars for cancer treatment hospitals.

The KRG launched the 150-meter road in Erbil, and relaunched the 100-meter highway project in Sulaimani after years of delay.

The 300 MW Khabat power plant and several new initiatives in Halabja were other projects of significance.