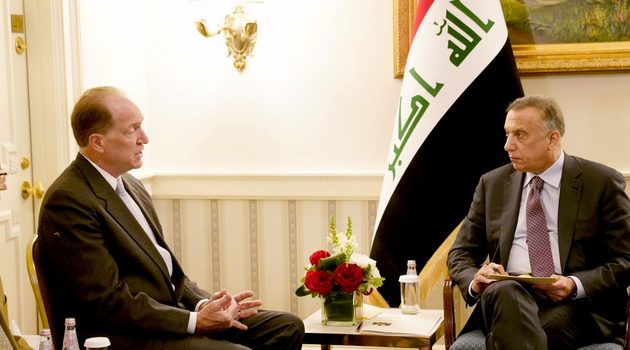 During the meeting, they discussed the cooperation in financing infrastructure projects in the fields of water, airports, natural gas and energy projects, especially solar.

President Malpass affirmed to Prime Minister Al-Kadhimi the World Bank Group's commitment to supporting the Government of Iraq, including its progress on public sector administration reform, and strengthening the private sector as Iraq opens to business.