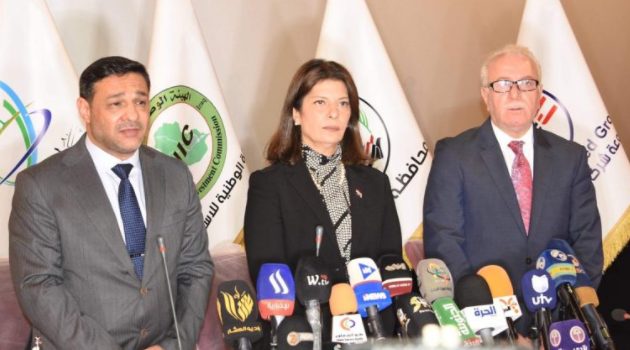 The First International Conference for Investment has been held in Basra, in the presence and participation of the Chairwoman of the National Investment Commission (NIC), Suha Dawood Najar [Suha Dawud Elias Al-Najjar], under the slogan (For Basra, where the future is made).

In her speech at the opening of the conference, she confirmed that the investment projects implemented in Basra Governorate have a capital of more than 6 billion dollars, while projects that are in the process of being granted investment licenses are estimated at 4 billion dollars.

Najar praised the efforts of the Basra Investment Commission and local government officials, and called for diversification of the economy by implementing projects in the industrial and service sectors.

The conference was attended by a number of diplomatic missions, a representative of the United Nations, a number of governorate officials, heads of provinces investment commissions, business people and investors.