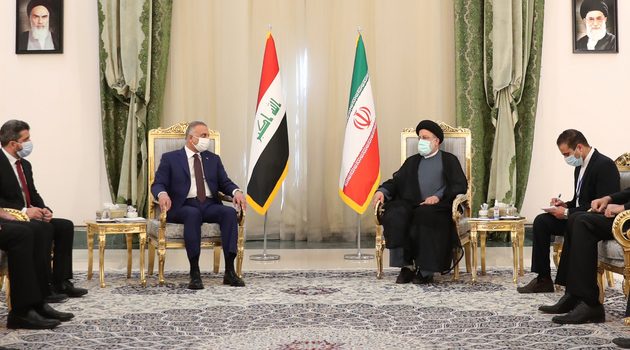 According to media sources, Kadhimi is the first first foreign leader to meet the new Iranian leader.

He also met the Speaker of the Iranian Shura Council, Muhammad Baqir Qalibaf, and the First Vice President of the Islamic Republic of Iran, Muhammad Mokhber.

During the visit, Kadhimi expressed a desire to expand trade with Iran.