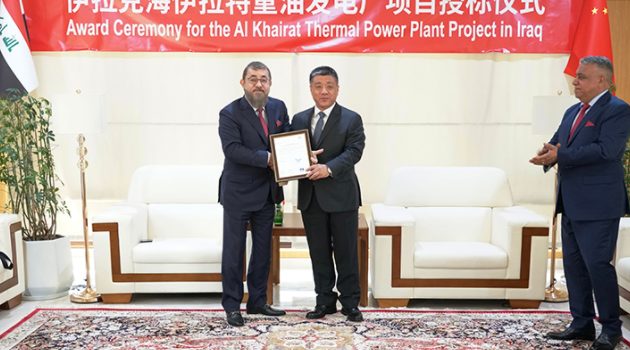 China's CITIC Construction has won the bid for the first and second phases of AI Khairat heavy oil power plant in Iraq.

It is estimated that the contract value of each phase of the project is about $2.85 billion.

The AI Khairat heavy oil power plant is located in Karbala Province in south-central Iraq, about 100km away from Baghdad, next to the Karbala refinery, which provides its by-product heavy oil for the power plant as fuel.

The total installed capacity of the project consists of 8 power generating units of 400MW each, of which 4 units will be constructed in each phase and put into operation in batches.

As the EPC general contractor of the project, CITIC Construction will be responsible for designing, procurement, construction, installation, commissioning and operation and maintenance of the project for a period of ten years, and assist in financing on the premise that the owner is guaranteed by the Iraqi government.

Wining the bid has made CITIC Construction see another major breakthrough in electric energy market of Iraq following the project of Maisan combined cycle power plant. After the completion of the project, it will become an energy hub around the capital, which will provide power for the reconstruction of Iraq's post-war industry, help ease the power shortage of residents in central and southern Iraq, improve people's livelihood and safeguard social stability.

[Note: In July 2020, the Cabinet announced that the Al-Khairat Power Station Project would be "referred to" a consortium led by Korean company Hyundai.]