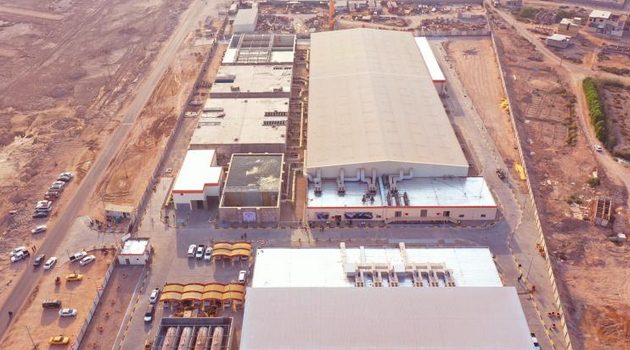 Lebanese-based Khatib & Alami (K&A) has announced the successful handover of the Mheila Reverse Osmosis Water Treatment Plant (WTP) on the banks of Basra's Shatt al-Arab river, with a capacity of 72,000 m³/day.

The plant is the first of its kind in the region because it's reverse osmosis system enables flexible operation under different scenarios of salinity, varying from 2,000 to 30,000 mg/l.

This important feature was necessary to address the changing nature of the Shatt al-Arab river, which has been impacted by major variations in salinity levels due to tidal effects from the Arabian Gulf, low water levels upriver, high turbidity after rainfall, and pollution caused by the release of sewerage.

"The majority of water treatment plants along the Shatt al-Arab are no longer fit for purpose because the characteristics of the river have gradually changed over the years. The Mheila plant is capable of dealing with salinity levels from brackish to saline, high turbidity and the possible existence of other pollutants.

The new plant, which was tendered on an EPC basis, was built by Al-Dayer United and Kalite Holdings, and designed by Malachy Walsh & Partners and EAB Design & Consulting Engineering Ltd.. Khatib & Alami delivered design reviews covering the water intake from the Shatt al-Arab, the water transmission line from the water intake to the treatment plant, and the treatment plant itself, where raw water passes through screening chemical precipitation followed by lamella settlers, ultra-filtration units, and finally the reverse osmosis membranes.

Water is further disinfected, stored and pumped to Abu Al-Khassib water supply network, while the reject is directed to a final discharge point after environmental investigation. In addition, K&A's team has been responsible for capacity building by conducting training sessions for the client's staff in the design and operation of reverse osmosis systems.

This project will complement other WTPs which are under construction such as the Al-Abbas conventional treatment plant which is located at the R-Zero water complex, the main water facility for water distribution across Basra Governorate. The Al-Abbas plant has a capacity of 120,000 m³ per day. Khatib & Alami is reviewing all aspects of the design, including structural, mechanical, electrical, ICA and civil engineering elements.

K&A's role to assist in the overhaul of Basra Governorate's water network has also involved the development of a water implementation strategy, with construction timeframes for 16 new large-scale projects. These include water treatment and desalination plants with a total capacity of 1 million m³/day, together with around 850 km of new transmission lines and 290 km of distribution pipelines.