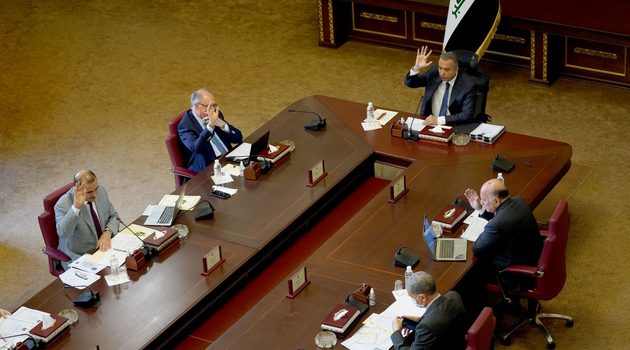 By Editor on 12th November 2021 in Politics, Security

Iraq's Iraqi Ministry of Foreign Affairs has reportedly ordered the closure of the honorary consulates of Belarus in Baghdad and Erbil.

According to Rojnews, the decision was made due to the ease with which Iraqis were being granted visas to travel to Belarus, and the continuing refugee crisis on that country's border with Poland.

"The EU will in particular explore how to sanction, including through blacklisting, third country airlines that are active in human trafficking."

The Iraqi Cabinet (pictured) agreed on Tuesday to allocate 300 million dinars to the Ministry of Foreign Affairs from the emergency reserve of the fiscal year 2021, to assist the voluntary return of Iraqi citizens stranded in Belarus, Lithuania and Poland.