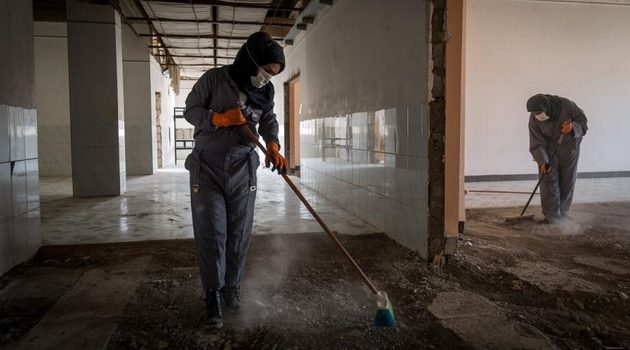 By Editor on 1st January 2022 in Iraq Industry & Trade News

The United Nations Development Programme (UNDP) in Iraq welcomes an additional EUR 1.5 million (US$ 1.7 million) contribution from the Government of Finland to its flagship programme the Funding Facility for Stabilization (FFS).

The critical support will bolster ongoing efforts to stabilize the five governorates liberated from the Islamic State of Iraq and the Levant (ISIL). Since 2015, the FFS has supported over 3,000 projects, restoring essential services, supporting livelihoods, building municipal capacity and fostering cohesion in areas liberated from ISIL.

"UNDP's ability to deliver to the highest standard at speed and scale makes us the development partner of choice. This would not be possible without the continuous and generous support from international partners such as the Government of Finland," says UNDP Resident Representative for Iraq, Zena Ali Ahmed.

"However, critical stabilization needs remain as over 1 million people are still internally displaced, including the hardest-to-return populations. The Government of Finland's contribution  comes at an important time in Iraq's recovery from years of conflict, as the country looks to safeguard the hard-won stabilization gains and prevent ISIL's resurgence," adds Ms. Ali Ahmad.

"Finland has been supporting the Facility since 2016 and we are proud to renew our commitment. UNDP and its partners have achieved many concrete results during these years, but Iraq still faces a multitude of challenges. Finland is a long-standing and solutions-oriented partner to Iraq," says Ville Skinnari, Finland's Minister for Development Cooperation and Foreign Trade.

To date, FFS projects are estimated to have benefitted more than 6 million individuals in the target areas with 17.5 million benefits accruing to them, mostly in Ninewa and Salah al-Din, and in sectors such as electricity, health and water.