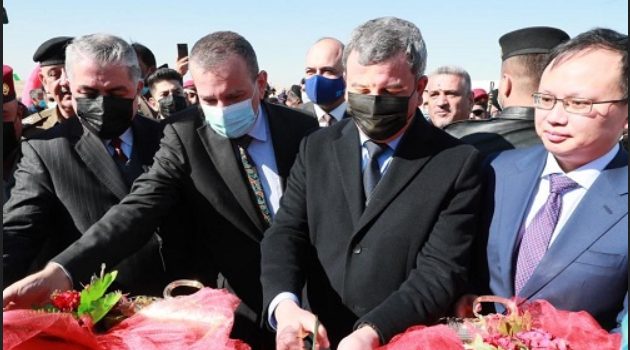 The President of  the Iraqi National Oil Company (INOC) has laid the foundation stone for the $594-million crude oil processing plant at Block 9, within the Al-Fayha Oil Field in Basra Province.

Ihsan Abdul-Jabbar Ismail said that the development is important for the production of light oil, with a target for this project of up to 100,000 barrels of crude oil per day, along with 135 mmscfd of gas at a future stage for electricity production.

Khaled Hamza, General Manager of Basra Oil Company (BOC), said the development of the field was started in 2014 by Kuwait Energy Company (KEC) and continued by the Chinese company UEG [United Energy Group] which acquired KEC, and that the first exploration well was drilled and the results were encouraging.

He stressed that the oil produced from the exploration Block 9 is one of the best types of oil globally.

The CEO of UEG, Sonk Yu [Song Yu, Chief Operation Officer??], said that laying the foundation stone for the development was an important moment for the company.