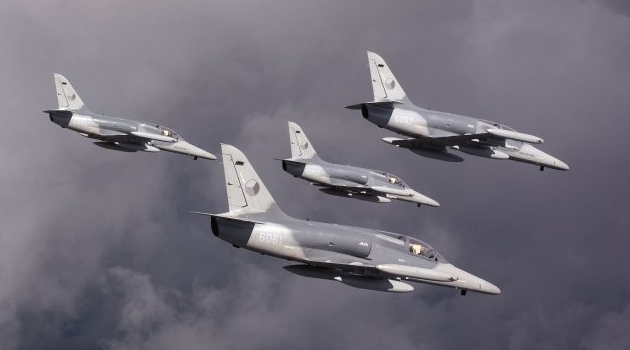 The Iraqi Air Force has resumed tasking its Czech-made L-159 and Russian-made Su-25 strike aircraft again for operations during the quarter.

According to a recent report from Combined Joint Task Force-Operation Inherent Resolve (CJTF-OIR), the L-159's combat tasking is notable since it had not been used for operations in nearly 5 years.

CJTF-OIR said that the L-159, made by Aero Vodochody, conducted operations during the quarter with unguided bombs (Mk-82s) because its laser designation pods have not been delivered to the squadron.

Meanwhile, CJTF-OIR reported last quarter that Iraq's Su-25s only conducted one airstrike and were largely relegated to conducting training missions due to a lack of confidence in air-to-ground weapons accuracy given the aircraft can only use unguided rockets and bombs.

CJTF-OIR said that the Iraqi L-159 and Su-25 aircraft still suffer from low fully mission capability rates, while Iraq's F-16 and AC-208 aircraft remain the main strike platforms with use and mission capable rates similar to those in the previous quarter. CJTF-OIR reported last quarter that Iraq's F-16s conducted eight strikes and its AC-208s conducted five.