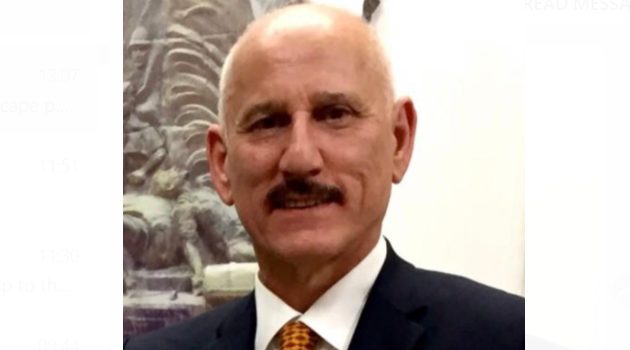 The Iraqi businessman, Sheikh Mohammed Al'Khouzai [Alkhouzai], has announced that he is putting his name forward as a candidate for the position of Prime Minister.

We took this opportunity to ask Mohammed about his vision for the future of Iraq.

IBN: For those who don't know you, can you give a brief outline of your family history and your current role in Iraqi society?

MAK: My father was from the Khuzaa tribe and my mother the Shammar tribe and my family have been involved in the history of the Middle East and Iraq for thousands of years. First as the custodians of Mecca 500 years prior to the birth of the Prophet (Peace be upon him), to the creation of the Abbasid empire and the city of Baghdad, and more recently as Emirs of the Khuzaa Emirate of the Middle Euphrates, fighting the occupation of the country by the Ottoman Empire for 250 years.

I left the country under political persecution and have lived in the United Kingdom ever since. After the fall of Saddam Hussain, I returned to Iraq and split my time between Iraq and the UK.

I spend a lot of time in dialogue with social, security and political leaders across the world, trying to find a better way forward for Iraq.

Most recently I set up the Iraqi Forum for Dialogue that has senior politicians (past and present), tribal leaders, religious leaders and a number of Generals and Security leaders for the country. The goal of the group is to build a unified solution to the problems our country faces.

I am truly honoured that so many other people share my vision and desire for a better future for our nation.

IBN: What do you see as the biggest challenges to Iraq at the moment?

MAK: The transition from the Saddam regime to a democratic nation has not been easy. Those who have been given the honour of driving our country forward have often acted not to unify the country but to furthering their own success. This is not what leadership is about.

And of course, it is unfair to say that our leaders were given a perfect field to grow our nation's future from; but it is my belief that Iraq is strongest when together, not being pulled apart.

Of course, when faced with external threats or influence it is man's nature to retreat to what he knows is safe; tribe, religion, family.

But when our nature says to retreat from wider social groups in the search of stability, I believe it is in that moment that we should have been uniting at a national level.

The cracks between our people created vacuums of influence filled by foreign actors. It is not to say that we should not look to have a future Iraq working closely with foreign nations; but the future of Iraq should be determined by its people.

And finally, we had to face and are still dealing with issues around Daesh and ISIS. We must eradicate these fake Muslim pretenders. They have no desire to better people's lives; they simply want to force others to extremes to benefit themselves. It's barbaric and they need to be driven not just from Iraq but from the world.

And this division led to three major failings:

IBN: What do you mean when you say that unity needs to be central to the future of Iraq?

MAK: I am the product of two tribes. My family are both Shia and Sunni. I have friends from all regions of Iraq, from all religions and all across the world. We are all trying to make our little bit of the world better for the next generation. On a personal level there really is little difference between us.

If we retreat into what we feel comfortable, we sacrifice the shared future of the country. When people ask me if I am Shia or Sunni, I tell them I am Iraqi. Because that is what I am first and foremost, albeit a devoted Muslim.

We shouldn't only act for one religion or one tribe. For one region or for one industry. We need to build a one Iraq. Because a unified Iraq where the state and the people work together, for a better tomorrow is the foundation from which a new brighter future of Iraq is born.

I am not a poet or orator, but I was always fond of the words of Rudyard Kipling:

By working together three things happen. First, we can stop corruption. Second we can bring our nation together with new economic projects that promote integration and cohesion and third, we foster national strength through unity.

Imagine what we could do with all that energy we waste trying to divide our nation if we used it instead to work towards a bright future? That's a lot of energy.

IBN: You mention corruption. Do you believe that this can be eradicated?

MAK: We have to believe! If we can't see a future without corruption, then how can we expect to foster civic pride or hope?

How can we expect our people to accept a new way if we don't face the number one problem that has ripped their and the nation's future from them?

We need to target those who are committing corruption and strengthen our judicial system to ensure that we have the teeth to deliver justice.

IBN: When discussing the economy, you said that we need to diversify the economy. What do you mean by that?

MAK: The world is transitioning from fossil fuels to electrification. While Iraq is blessed with natural resources of oil, we cannot base our future on this one commodity alone, as the rest of the world moves away from it.

So, I propose that we establish a national investment fund from the profits of oil to invest in projects that diversify our economy.

This transition cannot be done over-night but we should be future-scoping global and regional economic trends and acting now to ensure Iraq is an active player in the global market in 10, 20, 30 years; not a recipient of welfare from others.

We need to focus on the other areas of the economy that we are able to utilise: agriculture and renewable energy systems. We have the potential to deliver agricultural fertiliser on a truly massive scale to both domestic projects and international customers such as India.

We haven't explored the mineral wealth of Iraq but as a unified nation we have potential minerology that is of great interest to international companies. The only thing keeping them out of Iraq is the security and corruption.

Iraq is a State led economy but we need to transition this to a free market economy. To do this we need to foster and support entrepreneurs. We need to attract foreign companies to come to Iraq and invest; not only creating jobs and paying taxes but passing on vital skills.

IBN: Do you think there can be a positive role for other countries in Iraq?

MAK: I do. We can't allow foreigners to dictate our future either directly or indirectly. But we also must not shun foreign support. Iraq cannot rebuild by itself so it is important that we work with our foreign allies for the benefit of all, yet primarily for our people.

When I was young, my father told me that Iraq is the bridge between Iran and Saudi Arabia. As the bridge, it is important to keep both regional powers in dialogue but also be strong enough to hold them to account.

IBN: Tell us about your decision to run for office?

I have never been aligned to a political party. I can't be someone promoting unity in Iraq if I am aligned to a single Party.

In the past month or so, I have been approached by many people throughout Iraq, of all creeds and groups, asking me to put my name forward to become the non-partisan Prime Ministerial candidate. These people range from all areas of society, from tribal leaders, politicians, army generals, prominent religious figures and academics, to youth activists and journalists.

Watching the current situation manifest, with political deadlock disabling the progress of our nation, I have decided to accept their proposal. I pledge that if this honour is given to me, I will use it for the sole purpose of benefiting the people.

It is therefore my intention, to run as the independent, non-partisan candidate to become Prime Minister of Iraq, with the view of bringing our once great nation, out of the grips of corruption, sectarianism and lawlessness, to create a place of peace, security and prosperity for all.