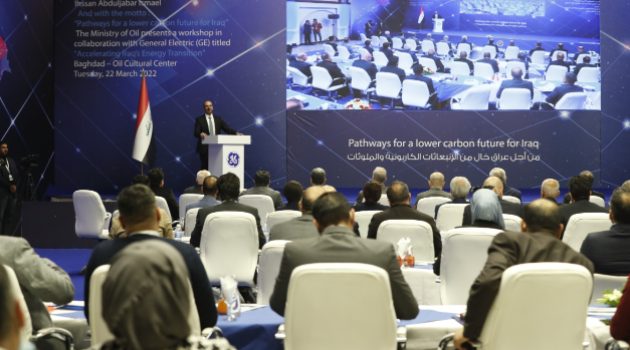 The Minister of Oil, Ihsan Abdul-Jabbar Ismail, has said that Iraq is committed to reducing carbon emissions through implementing a number of gas investment projects and developing gas fields, as well as projects to produce solar energy.

At a conference in Iraq under the title "Pathways for a lower carbon future for Iraq", GE presented an integrated roadmap to support the energy transition sector in Iraq by focusing on specific areas, which include:

The conference included a presentation of a short film entitled "Renewable Energy - Our Way to Protect the Environment", prepared by the Media Office of the Ministry of Oil, and another film prepared by General Electric Company about the company and the energy transition.

The conference was attended by a number of Advisers to the Prime Minister, Directors General of the Ministry of Oil affiliates, and a number of specialists and experts in the field of clean energy.