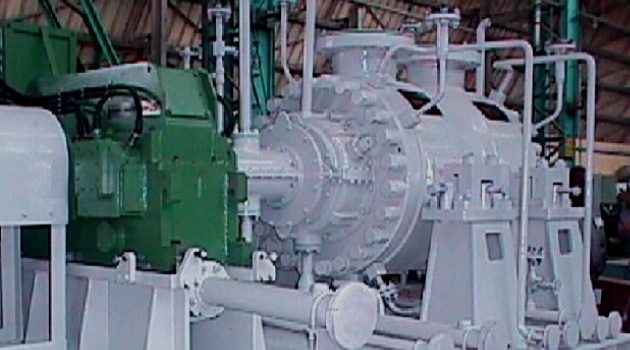 The order, placed by the North Refineries Company (NRC), envisages design, engineering, manufacturing and supply of electric motor driven Recycle Gas Centrifugal compressor and will be executed by BHEL's International Operations Division along with its manufacturing units at Hyderabad and Bhopal.

The new compressor will replace the existing compressor, also supplied by BHEL in the year 2000, which was damaged due to the war in Iraq.

(Picture: a compressor previously installed by BHEL in Iraq)