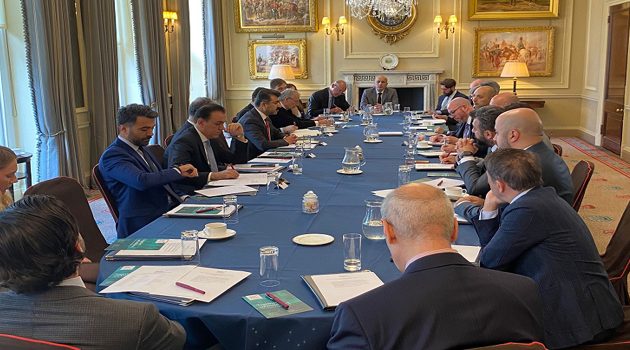 On Wednesday the 20th of April the Iraq Britain Business Council (IBBC) hosted a high-ranking delegation of KRG officials for a roundtable discussion at the Cavalry & Guards Club in London.

The delegation included Minister Dana Abdulkareem, Minister of Housing and Reconstruction in KRG, Mr. Safeen Dizayee, Head of the Department of Foreign Relations, and Dr Amanj Raheem, the Cabinet Secretary.

The meeting was organised in partnership with DIT, and chaired by IBBC Executive Committee Member John Curtin of EY. It was attended by 20 IBBC Members, and a number of DIT and FCDO Officials including the British Consul General David Hunt.