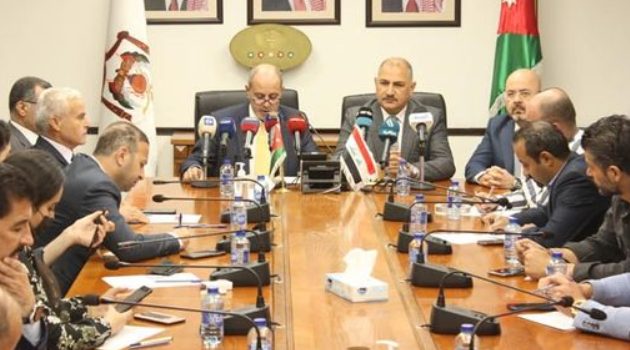 Iraq and Jordan are to appoint a consultant to draw up terms of reference and other documentation for the new "economic city project" to be established along their joint border.

Following a meeting of the Iraqi-Jordanian Company for Industry in Amman on Wednesday, which was attended by the Jordanian Minister of Industry, Trade and Supply, Youssef Al-Shamali, and the Iraqi Minister of Industry and Minerals, Manhal Aziz Al-Khabbaz, it was announced that when these steps have been completed, the company will then invite companies to develop the project.

A plot of land covering 10,000 donums (10 sq km) on each side of the border has been allocated, with products manufactured in the zone being designated as "joint origin".

Minister Al-Shamali said the new industrial zone will will make a qualitative and major leap in the level of economic cooperation between the two countries.

The Iraqi-Jordanian Company for Industry is equally owned by the two governments and is charged with implementing the project.