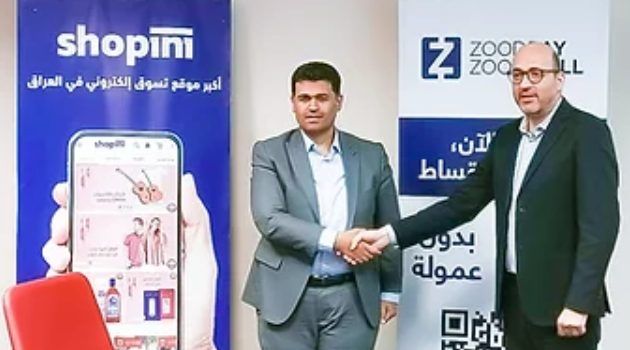 ZoodPay has announced that it has entered into a strategic partnership with Shopini, a leading Iraqi company in retail, e-commerce, shipping, supply chain, and food delivery.

According to a statement, the company has one of the major online marketplaces in Iraq with over one million downloads, a network of offline stores in 16 of 18 Iraqi governorates, with the biggest hypermarket in Al Basra (Basra Center) as well as several retail Shopini Stores across the country.

It says the partnership has allowed integration of the ZoodPay BNPL (buy now pay later) payment solution on the Shopini marketplace as well as in the Basra Center and Shopini Stores where customers can now shop and pay in 4 ZoodPay installments with 0% interest and no hidden fees.

WHO marks 5 Yrs of Strategic Partnership with USAID in Iraq