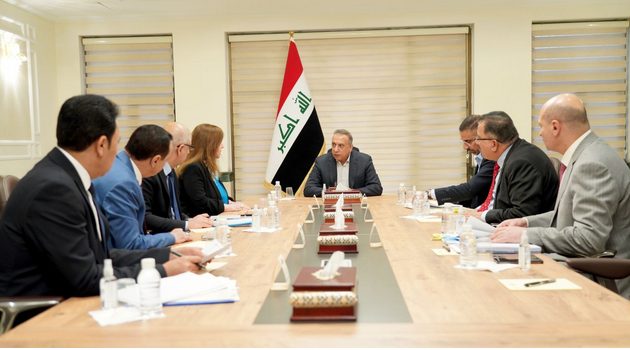 By Editor on 19th July 2022 in Construction & Engineering In Iraq, Iraq Transportation News

Prime Minister Mustafa Al-Kadhimi chaired a meeting on Monday to discuss plans to rebuild Mosul International Airport, which was damaged during the war against ISIS terrorist gangs.

The meeting, which was attended by the Minister of Construction, Housing, Municipalities and Public Works, the Governor of Nineveh, and a number of specialized officials - included a review of plans and new designs for the airport, and the associated costs.

Al-Kadhimi said he had pledged the project to the people of Mosul during his recent visit to Nineveh, adding that the foundation stone will be laid, "soon, after completing all requirements".

The French Aeroports de Paris Ingenierie (ADPI) is understood to have been commissioned to work on the project.

One Response to Meeting to progress Mosul Int'l Airport Project