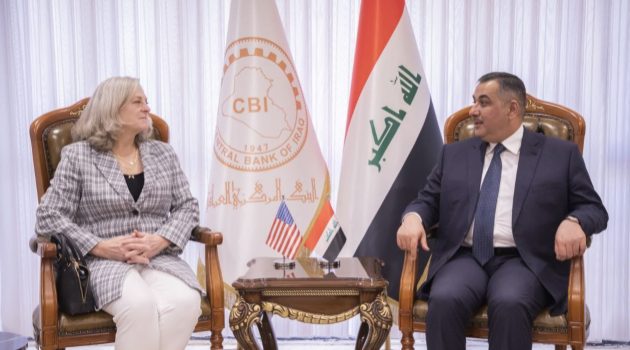 By Editor on 16th August 2022 in Iraq Banking & Finance News

The Governor of the Central Bank of Iraq (CBI), Mustafa Ghaleb Mokhif, received the US Ambassador to Iraq, Alina Romanowski and her accompanying delegation on Monday.

He reviewed the efforts of the CBI to support development through monetary policy tools and the direct impact of its initiatives on the real sector progress, job creation and sustainability.

He also addressed efforts to combat money laundering and terrorist financing, and discussed the importance of cooperation between the two countries regarding monetary policy.

The Ambassador affirmed her support for the Central Bank and its independence.