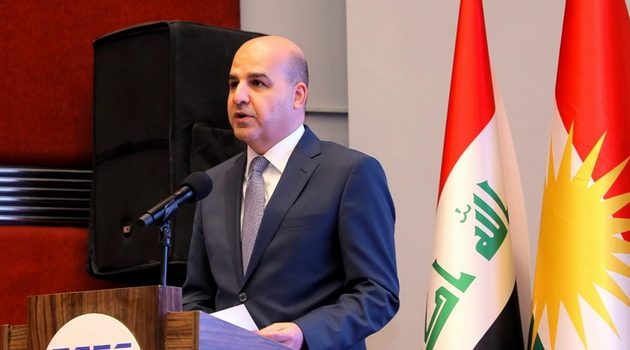 Under the direct supervision of Prime Minister Masrour Barzani, the Erbil Flood Conference was launched on Saturday.

The Conference will last for two days and is also being attended by various officials of the Kurdistan Regional Government (KRG), as well as several other environmental experts and foreign representatives.

Speaking on behalf of Prime Minister Barzani, the Minister of Municipalities and Tourism, Sasan Awni, welcomed attendees and addressed the different issues facing the Kurdistan Region.

On the issue of climate change, the Minister noted that the effects of the process are ever more apparent in the Kurdistan Region with low rainfall levels and decreasing subterranean water levels.

This year, the KRG has allocated a budget of over 35 billion Dinars [$24 million] to concerned Ministries and institutions to mitigate the impact of flooding in Erbil province.

The KRG has also taken the necessary measures to clean existing waterways and build new ones. In the longer-term, the government aims to build a number of artificial reservoirs in order to store rain water and avoid future flooding.

One Response to $24m for Flood Defences in Erbil