More than 100 representatives of leading Iraqi and Russian businesses took part in the Russian-Iraqi Business Forum in Moscow last week.

According to a press release from The Chamber of Commerce and Industry of the Russian Federation, the Ambassador of Iraq in Moscow, Mr. Abdurakhman Al-Husseini, told delegates that Iraq is open to the development of business relations in all areas. This is not only the oil industry, but also various areas of industry, trade, and healthcare. The Iraqi ambassador also reminded that any Russian can apply for a visa at the airport upon arrival in Iraq.

The President of the Federation of Iraqi Chambers of Commerce and Industry, Abdurazzak Al-Zuheiri, speaking on behalf of the head of the Iraqi delegation, said there was a great desire to promote and strengthen Russian-Iraqi business relations, in particular, in the field of energy, construction, and food supplies.

Ali Warid, Director of the Technical Department of the Iraqi Oil Ministry, noted the long-standing Russian-Iraqi ties in the oil industry. According to him, they are only getting stronger, and most of the projects implemented by large Russian companies in Iraq are economically successful. Among the areas of development, Ali Varid outlined not only exploration, production, but also processing of oil and oil products.

Abbas Salim Hussein, Director of the Livestock Development Department of the Iraqi Ministry of Agriculture, spoke about the specifics of doing business in Iraq in his industry and called for developing cooperation in the poultry, meat, dairy and fish industries.

Aziz Nadim Al-Isa, director of the Industrial Development Department of the Iraqi Ministry of Industry, said that since 2003, the Iraqi economy has completely changed and has taken a course towards attracting investment in industry. The country is implementing 25 strategic technological development projects. He stressed that Iraq is interested in cooperation with Russia, primarily with high-tech companies.

Concluding the plenary part, Maksim Malyarchuk, Executive Director of the Russian-Iraqi Business Council at the Chamber of Commerce and Industry of the Russian Federation, spoke about the activities of the Council and assistance to Russian and Iraqi companies in the new conditions. In March, the Central Bank of Iraq banned settlements with the Russian Federation. But, despite this, according to Malyarchuk, today there are examples of direct deliveries from Russia to Iraq, and the issues of mutual settlements and logistics have been conceptually resolved. Also, he noted the growth of requests from the Iraqi side and the interest in importing Russian products. 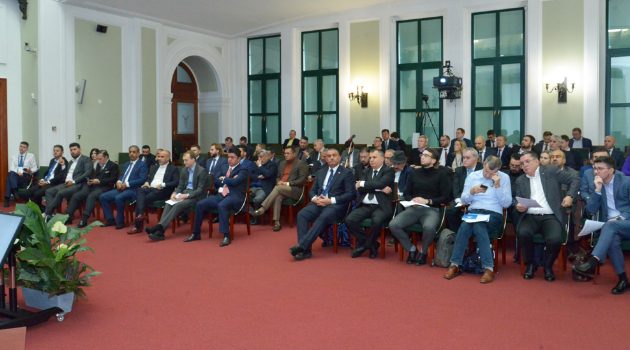 (Source: The Chamber of Commerce and Industry of the Russian Federation)

Russian: 'No objections' to Kurdistan exporting Gas to Europe