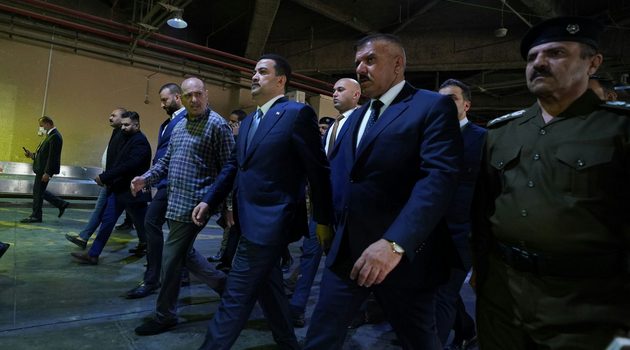 The announcement came after a visit made by the Prime Minister to the airport, during which he met with officials including the Minister of Interior, the Head of the National Security Agency, the Deputy Head of the Intelligence Service, the Undersecretary of the Ministry of Interior for Federal Intelligence and Investigations Affairs, the Director General of Civil Defense, the Director General of Criminal Investigations at the Ministry of Interior, as well as the Secretary of the Commander-in-Chief of the armed forces.

After listening to a briefing from the concerned officials about the two incidents, al-Sudani stressed the follow-up of the investigation, to find out the real reasons behind their recurrence in just two days.

The Prime Minister directed the National Security Agency and the Civil Defense Directorate at the Ministry of Interior to conduct an immediate and comprehensive examination of the airport's safety system and emergency precautions, and to review all security measures applied in all its facilities, halls and buildings.

He also instructed the Legal Committee in the Prime Minister's Office to follow up the contract procedures for the self-extinguishing system, which has been suspended since 2013, and to identify those who failed to operate it for all this period.

In September, Member of Parliament Alia Nassif Jassem (Aliya Naseef) asked the Integrity Commission to investigate the granting of the contract for security at Baghdad Airport to a Canadian company called Biznis Intel, which she said does not have sufficient experience to provide the service. A source close to the matter told Iraq Business News that G4S, which had been managing security at the airport since 2010, had been instructed to leave the airport at the start of October.