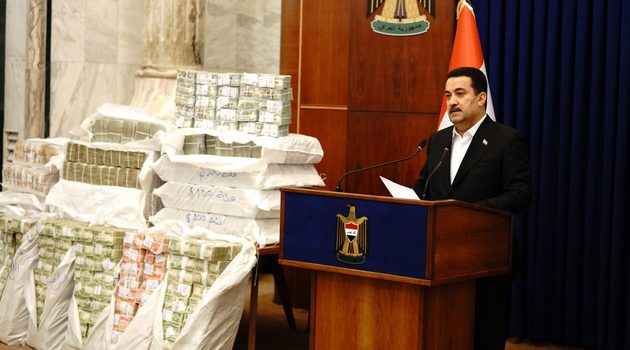 Iraqi Prime Minister Mohammed Shia al-Sudani has announced that 183 billion Iraqi dinars (approx. $125 million) of the $2.5 billion stolen from the bank account of the tax authorities has been recovered.

He said that businessman Noor Zuhair Jassim had admitted receiving about $1 billion of the funds, and that arrangement were being made to recover the full amount.

Suspect in Theft of $2.5bn Arrested at Airport