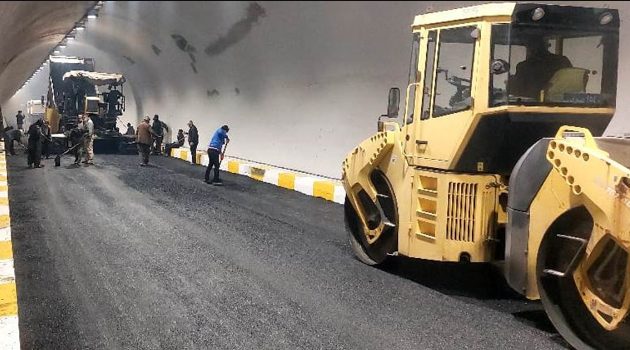 The tunnel has been closed for two months as the work the tunnel began on October 2, 2022, and it is nearing an end.

"The work to renovate Darbandikhan tunnel is coming to an end, and the tunnel will be open to drivers and truck drivers next week," the Media Director of Sulaimani's General Directorate of Roads and Constructions, Fuad Hamabaqi said.

"The tunnel was supposed to open for drivers and truck drives this week, but it has been delayed for next week," Director Hamabaqi added.

The Director praised the renovation process and said that the tunnel has been modernized while considering traffic safety measurements and being lined with lights.

The Kurdistan Regional Government (KRG), through the Ministry of Reconstruction and Housing, continues to provide services to all the cities and towns in the Kurdistan Region, and the renovation of Darbandikhan tunnel is one of the projects the government is implementing to facilitate the work of drivers and residents of the Region.

SOMO warns Int'l Companies not to buy Oil from KRG