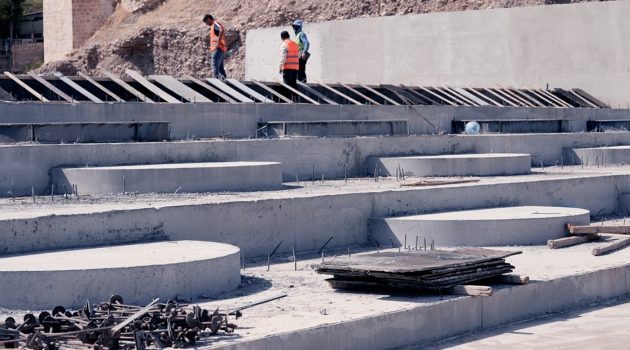 The Kurdistan Regional Government's (KRG) Ninth Cabinet has focused greatly on agriculture, the industrial sector, water, and has implemented dozens of projects in these fields over the past three years.

The Ninth Cabinet has built ponds and dams. Ponds are important to conserve water and their use in the agricultural sectorm aside from their role in developing the tourism sector, their geographical beauty, preventing floods and increasing groundwater.

According to statistics from the General Directorate of Water Resources, the proposal to build several more ponds has been submitted, and the Council of Ministers has approved the construction of the majority of the ponds while issuing special instructions for their building, jointly with the citizens.

"Before, we built 118 ponds through the Kurdistan Regional Government's 27 years of age, but in this cabinet, the constitution of 41 ponds has been approved, some of them have been built, while the implementation of the remaining ones is scheduled to start soon," said the Director General of the Ministry of Water Resources, Dr. Karwan Sabah Hawrami.

Hawrami distributed the ponds as follows:

First: The Council of Ministers agreed to build 23 pounds throughout the Kurdistan Region at a cost of 13 billion Iraqi dinars. Most of the ponds are being built while some have been handed to a company but their construction has not been initiated due to rainfall.

Second: The Council of Ministers later approved building 14 ponds in the surroundings of Erbil to prevent floods and to boost the water resources as well as underground water in the city.

Third: The Council of Ministers has now agreed to build four more ponds in Erbil governorate but the money and cost are yet to be estimated. Their construction is likely to begin soon.

The Minister of Agriculture and Water Resources, Begard Talabani, laid the foundation stone for the three newest ponds in late September, which are set to be built in Garmiyan administration. The Sarqzl, Sayd Hussein, and Goban ponds budgeted at 2 billion, 191 million Iraqi dinars.

The Kurdistan Region's ponds built in villages are aimed at collecting water for agriculture purposes. They are distributed to the provinces as follows:

The General Directorate of Water Resources has proposed the building of another 23 ponds throughout the Kurdistan Region, which is scheduled to be built on an area of 2,138 dunam, capable of holding 4 million and 492 thousand and 734 cubic meters of water. It will also benefit 1,389 farmers. The ponds are budgeted at one billion and 167 million and 570 thousand 400 Iraqi dinars. They are distributed to the provinces as follows:

"As the Ninth Cabinet of the Kurdistan Regional Government, we have tried to reduce the cost of the ponds and implement these steps transparently and in detail. In this manner, we see that this year that in the construction of this cabinet's ponds, their costs have been reduced by 55% compared to previous year's ponds where a pond would cost $1.6 billion, it is now being built for 700 million dinars. We want to bring this money to zero by implementing some other plans and projects and build the most ponds in return," Hawrami said.