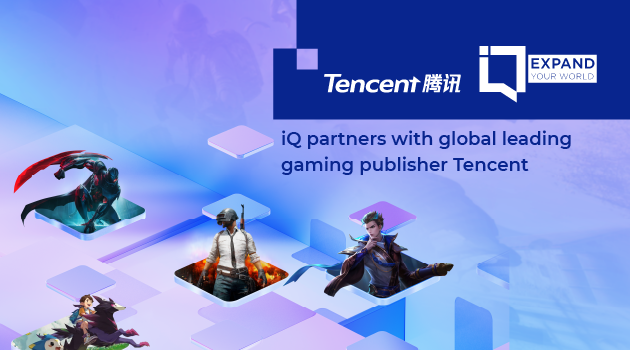 One of the greatest obstacles facing many telecommunication companies across the world is their capacity and ability to combat gaming download speeds and latency.

With the development of broadband and gaming occurring side by side, every company in this domain must do all they can to satisfy gamers internationally. With an expected mobile game user population of 10.2 million by 2026 and a current latency of 80 milliseconds across mobile gaming applications, Iraq is no different.

To highlight its continuous efforts in overcoming such hurdles, iQ, one of Iraq's biggest fibre optics internet providers, is elated to announce its historic partnership with global gaming publisher, Tencent. iQ has become the gaming publisher's first partner in Iraq, as well as one of its few partners in the region, marking its position as one of the major tech players in Iraq.

As part of the partnership, Tencent will provide iQ with its content delivery networks and gaming content catalogue, including some of its most popular games such as Mobile Legends, PUBG Mobile and Call of Duty Mobile. All this content will be hosted via iQ's powerful servers and unrivalled connectivity in its local data centres.

The collaboration will hopefully lead to latency levels as low as 20 milliseconds for the end user, far lower than any other competitor in the country, and finally solve gaming latency issues on mobile games in Iraq. Beyond this, there will be several other benefits, such as:

The collaboration is a good indicator that foreign companies are now willing to enter the Iraqi market and serve the technological needs of the recovering country.

iQ is proud to be leading the charge on the ground in Iraq, and this is just one of the steps the company has taken recently to improve gaming and general telecommunication services holistically across the country.

With new and greater projects also in the pipeline, 2023 will be a major year for iQ and Iraq.