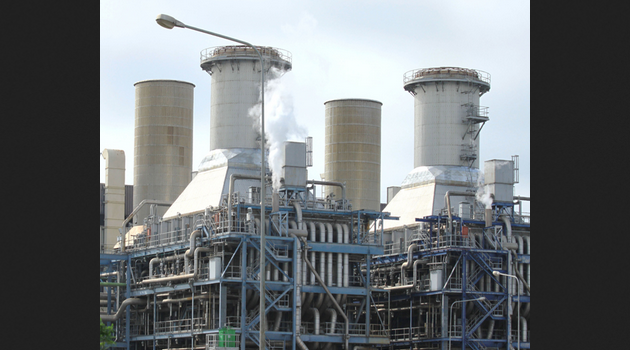 By Editor on 16th January 2023 in Iraq Industry & Trade News

In order to solve the problem of electricity shortage and increase the amount of electricity production, the Ministry of Electricity of the Kurdistan Regional Government (KRG) last year installed several new electricity generation units.

According to the director of electricity generation of the Ministry of Electricity, two units with a capacity of 500 MW were installed in Bazian last year and 95% of the work is now completed.

"Another work is the installation of a combine cycle in Bazian power plant with a capacity of 250 megawatts, which will use the heat emitted from the exhaust of other turbines during operation,".

He added that similar to Bazian station in Khurmala gas station design and survey work has begun to install (combined cycle) with a capacity of 500 MW, which is using the heat emitted from the exhaust of other turbines during operation.

In another step to increase electricity production, the Ministry of Electricity began preparations, studies and collection of data and information for the establishment of three solar power plants with a capacity of 25 MW each, two of which are located in Erbil province and one station is located in Duhok province.

Director General of Electricity Generation said: ''Last year, the installation of the largest solar power plant in Iraq and the Kurdistan Region was completed in Duhok University with a capacity of 2 MW on December 21, 2022, which consists of 3,782 solar panels on an area of 20,400 square meters."

In order to increase the level of electricity production from clean energy sources, the contract was signed to install four kinetic power plants in all four autonomous administrations of the Kurdistan Region, including 100 MW in Soran, 100 MW in Zakho, 50 MW in Raperin and 50 MW in Garmian,.

According to the General Director of Electricity Generation, the necessary land in all four places has been handed over to the investment company, is currently in the design and preparation stage to start the implementation of the projects.

At the same time, four other power plants that were stopped and did not work which have been repaired and are work again with very low fuel consumption, so that the cost of production has decreased significantly, the plants are 51 MW Tasluja, 29 MW Erbil and 29 MW Sulaimani and the 29MW Duhok power plant, which is 90% complete.

Peshraw Nuri, pointed out that 95% of the work of the Deraluk hydropower project is completed and is planning to sign a contract with a private sector company to operate and maintain for seven years.

Another task of the Ministry of Electricity was to use waste gas from oil wells and for this purpose a contract was signed with an investment company to build a power plant with a capacity of 100 MW in the first phase, and then increase the production capacity to 300 MW base on the gas which will be available.

According to the Director General of Electricity Generation, the ministry has continuously carried out maintenance for both Dukan and Darbandikhan hydropower plants and currently in Dukan hydropower plant, four out of five units are ready for production, but due to low water levels and low rainfall The production capacity has been limited to suit the amount of water flowing from the Dukan Dam.

Also, the works of Darbandikhan station mantenace have been continued by the engineers and technicians of this station so that two out of three units are ready for production, but due to the low water level, the production capacity is limited.