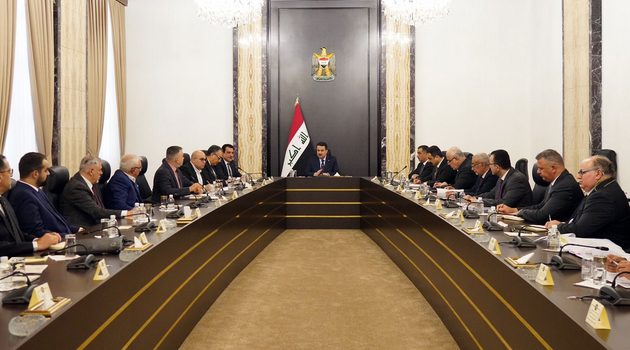 On Sunday, Prime Minister Muhammad Shia Al-Sudani chaired a meeting with the Federation of Iraqi Chambers of Commerce to discuss the causes of the fluctuations in the Iraqi dinar exchange rate, and their impact on citizens.

The meeting aimed to develop decisive solutions to stabilize the exchange rate and limit damage to the national economy.

In attendance were the Governor of the Central Bank of Iraq (CBI), as well as the general managers of border crossings, taxation, customs, and trade fairs.

Based on the Prime Minister's directives and the information presented at the meeting, the following decisions were made:

The Prime Minister emphasized that addressing fluctuations in the local market is a shared responsibility with an ethical and patriotic dimension, and that everyone must respond to it, whether in the private or public sector.

He also stressed the need to reconsider the work of the General Tax Authority, ensure that its work is in accordance with standards of integrity and the law, and that the government will not tolerate any harm to citizens.

He expressed the government's seriousness in carrying out economic reforms and addressing the deterioration and regression caused by previous wrong decisions.