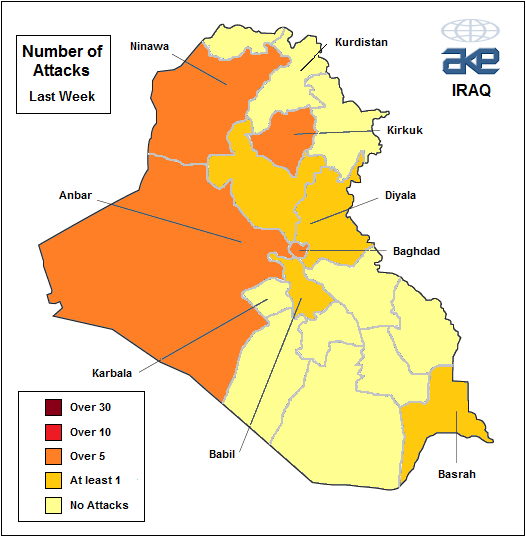 By JohnDrake on 15th March 2012 in Weekly Security Update

Levels of violence rose in Iraq last week. At least 70 people were killed and 76 injured in nationwide incidents, although this figure does not include the ‘emo’ and LGBT fatalities widely reported in open sources within Iraq over the past two weeks. A significant rise in the number of small arms fire attacks left […]