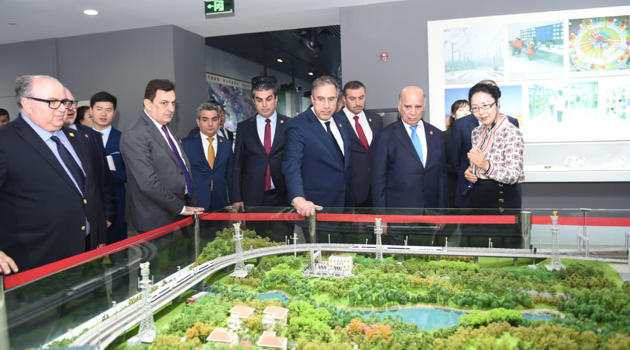 By Editor on 25th September 2019 in Construction & Engineering In Iraq, Iraq Transportation News

By John Lee. The Deputy Prime Minister for Economic Affairs, Fuad Hussein, accompanied by the Ministers of Transport and Electricity, a number of Governors, Advisors to the Prime Minister and a number of general managers visited the China Railway Company earlier this week. Among the projects discussed were the building of the Karbala-Najaf railway. The […]