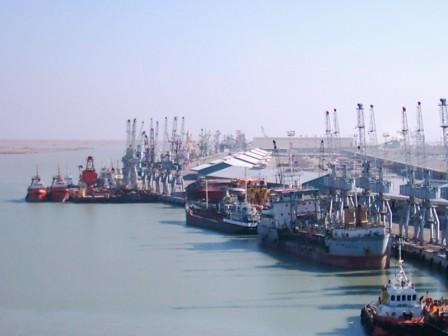 Southern Iraq's Maaqal Terminal port in Basra Province has received 288 ships in 2010, more than it did in any year since 1980, a Transport Ministry statement said. "The reason for such large number of ships, that was received by Maaqal Terminal in 2010, is due to the projects built as part of the reconstruction […]

According to a report from AKnews, the Media director of the Iraqi ports announced on Wednesday that Maaqel [Maaqal] port in Basra has established all the facilities required to receive the first shipment of oil equipment for Shell's Majnoon oil field in north of the province. Anmar al-Safi told the agency that Iraq's Transport Ministry […]

The director of the Media Department of the Iraqi Ports Directorate said on Sunday that the ports department had studied the possibility of closing Maqel [Maaqal] port, but concluded that it is not feasible because of the large financial revenues generated by the port and the ease of transfer of goods through it. Anmar al-Safi […]

The director of the Iraqi Ports Directorate objected to the Iraqi Municipalities Ministry’s decision to close Maaqal port, 10 km north of Basra city, according to a report from AKnews. Salah Khudair Abboud told AKnews that this decision is unfair since the Maaqal port  receives more than 10 commercial ships each day. "The Directorate will […]