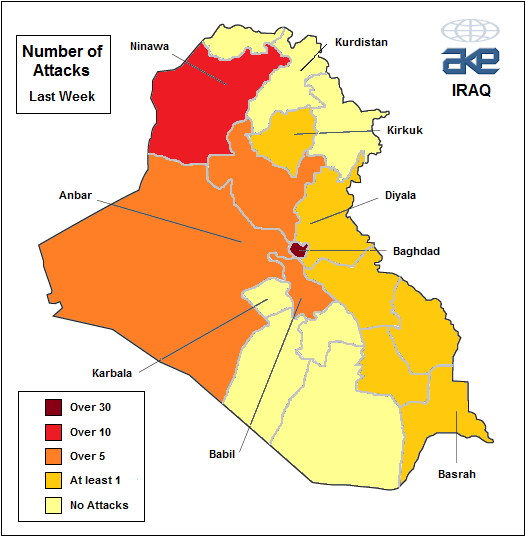 By JohnDrake on 15th June 2011 in Weekly Security Update

Overview Levels of violence rose in Iraq last week, making it the worst recorded by AKE since the national elections were held in March 2010. There were over 90 separate attacks documented, mainly in Baghdad and the districts surrounding it, although the southern city of Basrah also saw a rare suicide attack, potentially conducted by […] 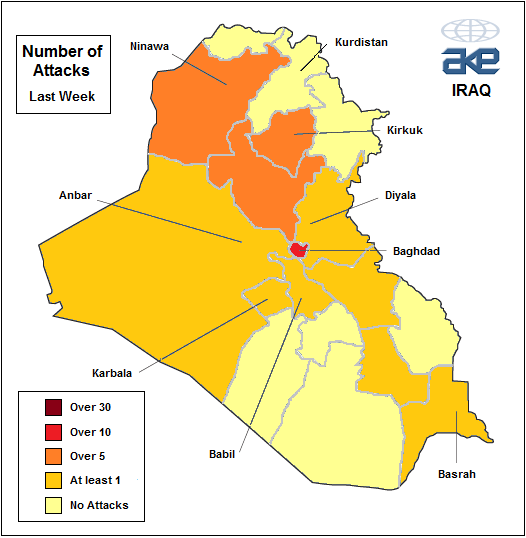 By JohnDrake on 16th February 2011 in Weekly Security Update

Overview Levels of violence have been rising in Iraq over the past four weeks. The increase has been gradual, but consistent and last week saw more than 40 attacks reported countrywide for the first time since mid-December. Recent days have seen a particularly concerning rise in militant activity and social tensions in the northern city […]