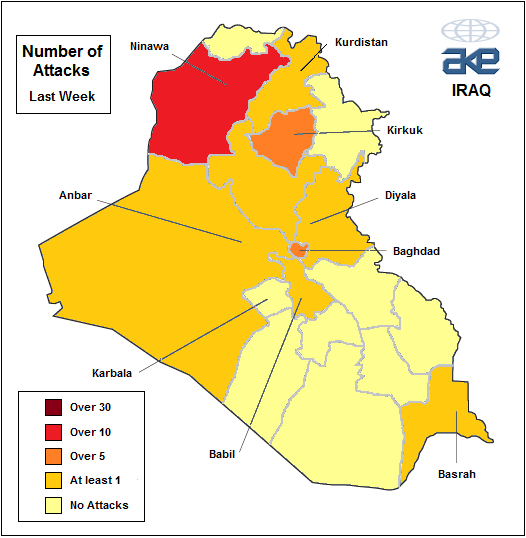 By JohnDrake on 21st December 2011 in Weekly Security Update

Levels of violence fell in Iraq over the past week, with attacks concentrated in Mosul, Baghdad and Kirkuk. There was a scattering of incidents throughout the central provinces and a notable bombing attack on oil and gas infrastructure in Basrah province. Bomb attacks left at least 15 people dead and 77 injured, a decline from […]