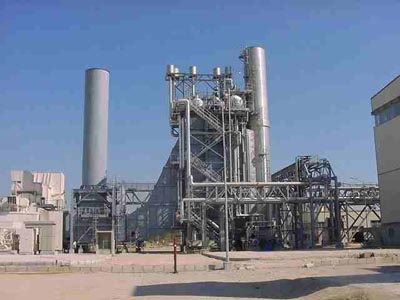 The Special Inspector General for Iraq Reconstruction (SIGIR) reports that power output was down for the last three months of 2009. In the 4th quarter of last year Iraq produced 5,285 megawatts or 126,843 megawatt-hours per day. That compared to 138,475 megawatt-hours per day in the 3rd quarter, which was an all time high since the 2003 invasion. At the same time demand dropped by 8% as Iraq entered into the colder months of the year. Reduced output from power plants was the cause of the decreased production. This was the first time that electricity output decreased since the beginning of 2008.

The SIGIR is unsure whether this deal will allow the Ministry to meet demand however. Iraq’s power plants have historically operated at much lower levels than they can. For example, Iraq has the capacity to produce 15,527 megawatts, but it’s feasible capacity is 11,968 megawatts, and its actual production was only 5,285 megawatts at the end of 2009. Fuel shortages to run power plants, aging infrastructure, and the lack of maintenance are three major causes for the difference between the feasible and actual production. Another problem is that demand has consistently increased since 2003. The government has large subsidies on power, which encourages consumption because the public doesn’t have to pay the actual cost. As electricity production has increased, so has demand. Finally, the power grid needs to be upgraded because it cannot handle a large increase in capacity, but there are now plans to renovate it.

In the latest survey, only 18% of Iraqis were somewhat or very satisfied with the amount of power they received. Despite the large increase in electricity production since the overthrow of Saddam, demand has sky rocketed as well increasing dissatisfaction. The government is making moves to close the gap, but the institutional and structural problems outlined above make it difficult for Iraq to produce what it could. Those issued need to be addressed otherwise the government is wasting a huge amount of its investment on new generators.